Checkout
How did I get here? Home » Shop Bands » Sweatbands » The Show 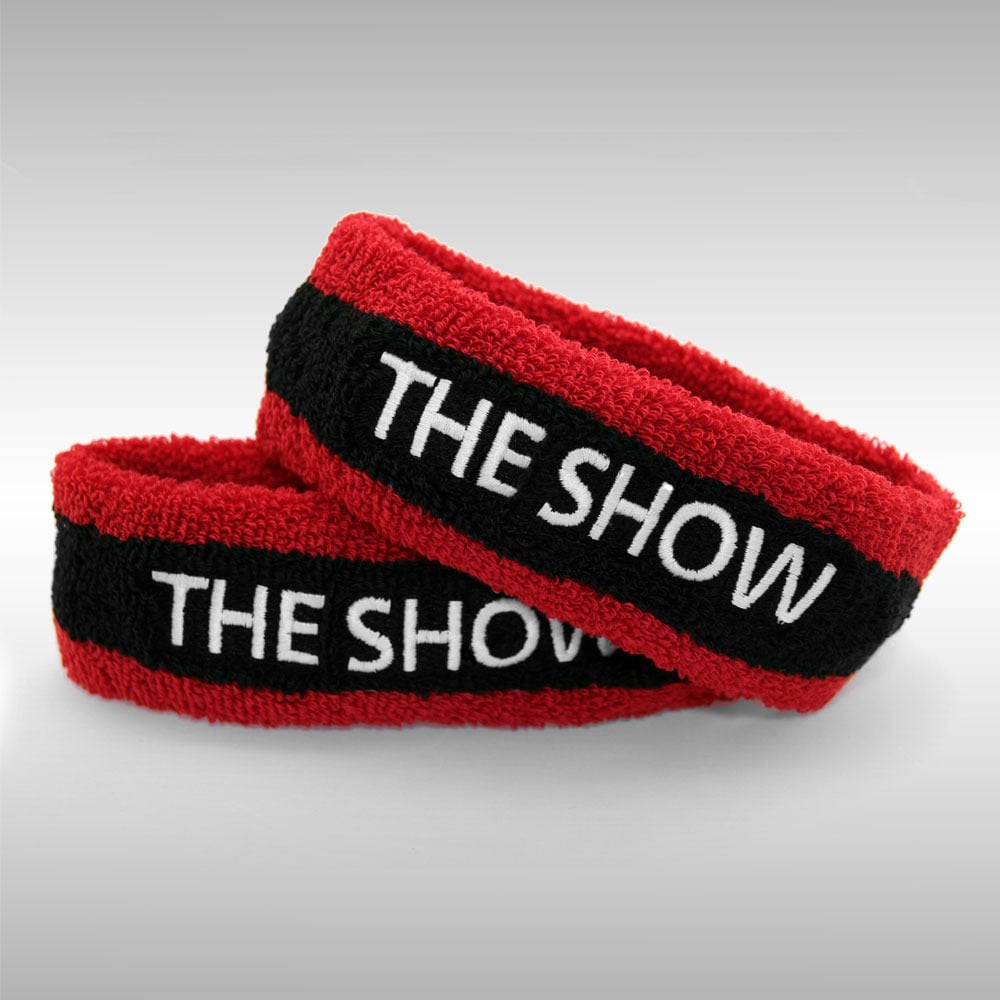 You know that movie Apocalypto? The one Mel Gibson made before he went all poop drunk and anti-Semitic on a female cop during a DUI? The one with all the Aztecs running around and fighting each other and playing Aztec basketball? Yeah, that was sweet.

Have you ever wondered why Mel Gibson was driving himself anyway? Doesn’t he pay people to do that? In fact, how does any celebrity get a DUI? (We’re looking at you Paris, Lindsey, Haley Joel, Nicole, Mischa, etc.) Can’t they just post to CraigsList: “CELEBRITY NEEDS DRIVER - $100/night, 3-5 hours of work, Clean DMV, No strings attached, Possible sex if you stay sober and get me to a bed safe.”? C’mon celebs, SweetBands hasn’t had a DUI since we were like 14 and we’re just lowly textile moguls.

Anyhow, Apocalypto. Crazy film. There’s this super nice Aztec and he’s enslaved by these crazy Aztecs and they take him away while his wife and baby are stuck in a hole. They go to this Aztec temple and almost sacrifice him, but there’s this eclipse and he gets away while they shoot arrows at him. But the cool part was these Mexican gladiator guys playing Aztec basketball. There’s this ring that they have to throw a ball through, and they totally dominate each other. They’re like coked-up rugby players or that Laker center with the wrong name. What’s it? Andrew Bynum? What “Andrew” is a thugged-out, 7-foot center? So weird.

Anyway, they play this Aztec, Amazon rugby-slash-basketball and all the Aztec fans in the stands yell: “We believe that we will WIN!” and they jump up and down. It’s amazing. We love Aztec basketball. So cool. It’s all crazy, man.

Mayans? Oh…really? Those were Mayans? Nevermind. Our bad. Aztec basketball is still amazing though.