Checkout
How did I get here? Home » Shop Bands » Sweatbands » The Patriot 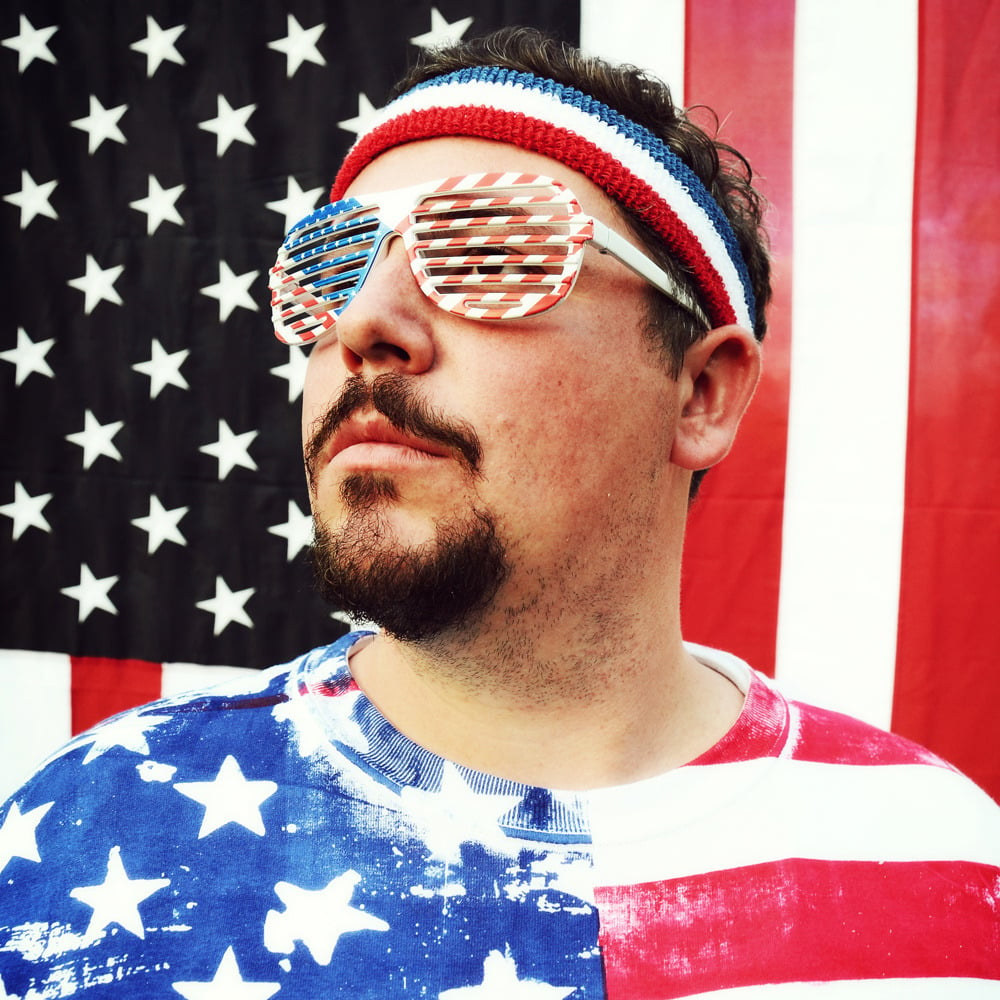 What does it mean to be an American patriot? Is he a soldier? Does she vote in local elections and support Main Street business? Does a patriot drive an Oldsmobile or a Hummer? All of these are logical assumptions, but they’re wrong. Dead wrong.

Being a true patriot isn’t about supporting America’s lofty goals and ideals, it’s about embracing the real America. The America that watches 14-straight hours of football on a 46” LCD while the Ford rusts on blocks in the yard. The America that loves drinking beer at parades and shooting unlicensed assault rifles. The America that revs their truck engine and yells racial slurs at the migrant workers in the Home Depot parking lot. The America that doesn’t own a passport and damn well never will. Because despite what that highfalutin Obama might say, America is for Americans…and we have our gosh-darn birth certificates.

We made the Patriot Band not to keep sweat out of our eyes while tying a yellow ribbon around a tree, but to manage perspiration while listening to Sean Hannity out of the transistor on the porch. It’s a patriotic hair-supporter while competitively eating way too many ribs with our hands tied behind our back. The Patriot is a declaration that you understand the rising threat of terrorism against rural America and reserve the right to yell at your kids at the water park. Because the Patriot Band understands America better than those idiots in Washington ever will and never passes judgment.

America has many wonderful qualities that make it the greatest country in the world – technological innovation, the freedom to become better than we are, endless diversity – but those are for the fancy people. Let’s celebrate what makes up the real America. Like gobbling prescription drugs while driving over-sized jeeps through the mud. Or slowly eating one’s self to death and blaming the fast food industry. These are the things that make America the country it is today and for that we proudly wear the Patriot Band. Because, guess what world? America is #1.