Checkout
How did I get here? Home » Shop Bands » Sweatbands » The Geaux 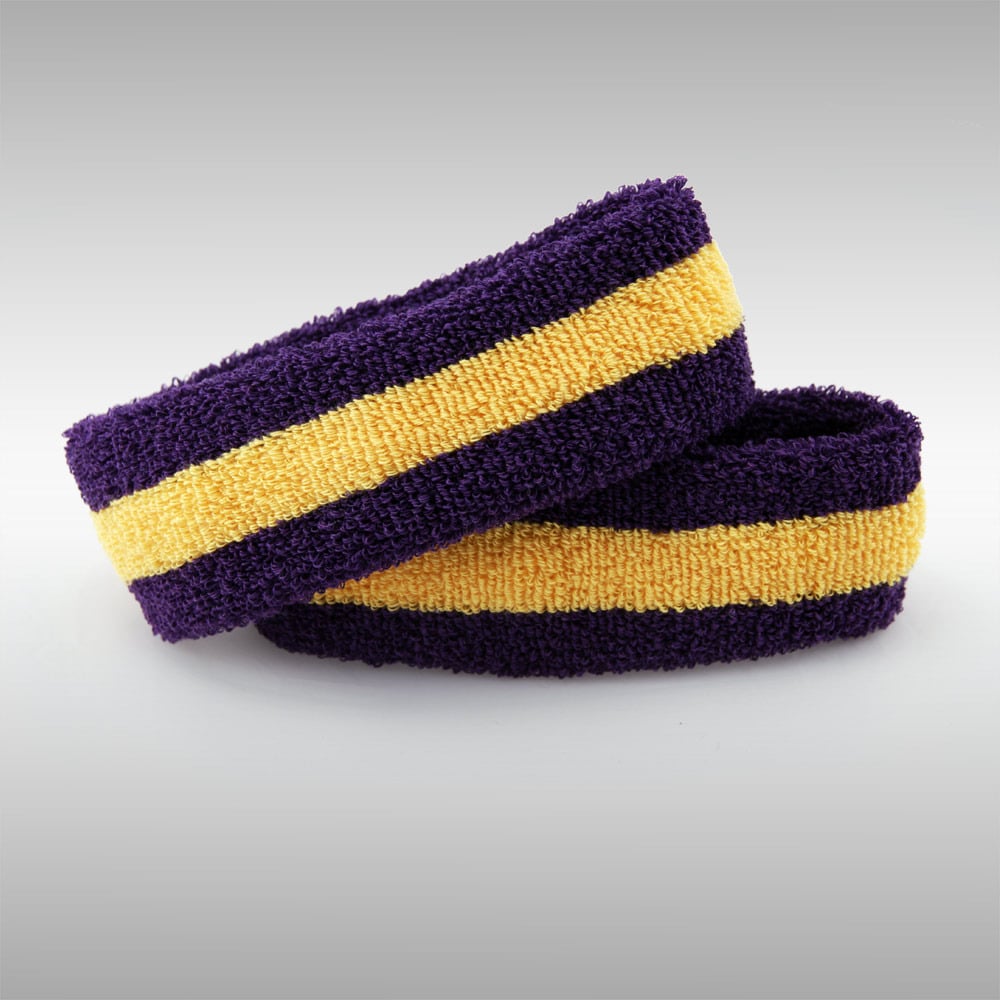 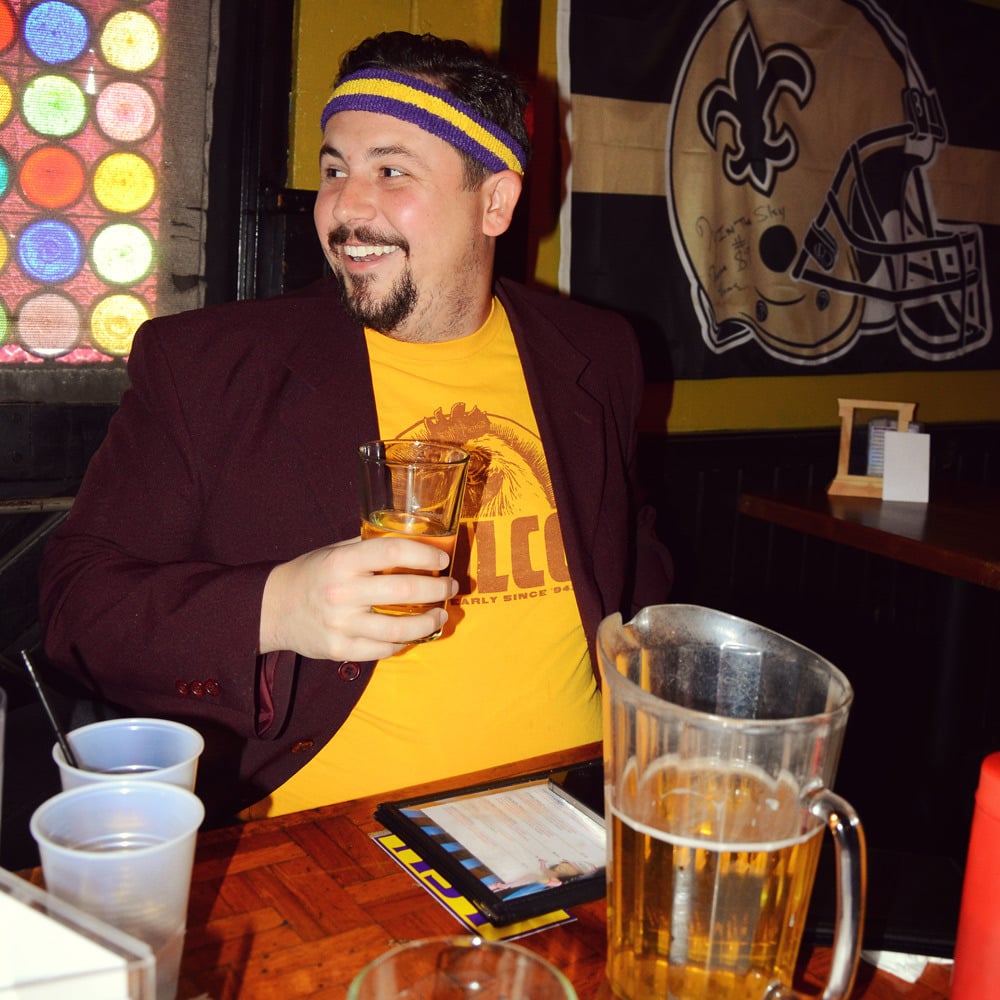 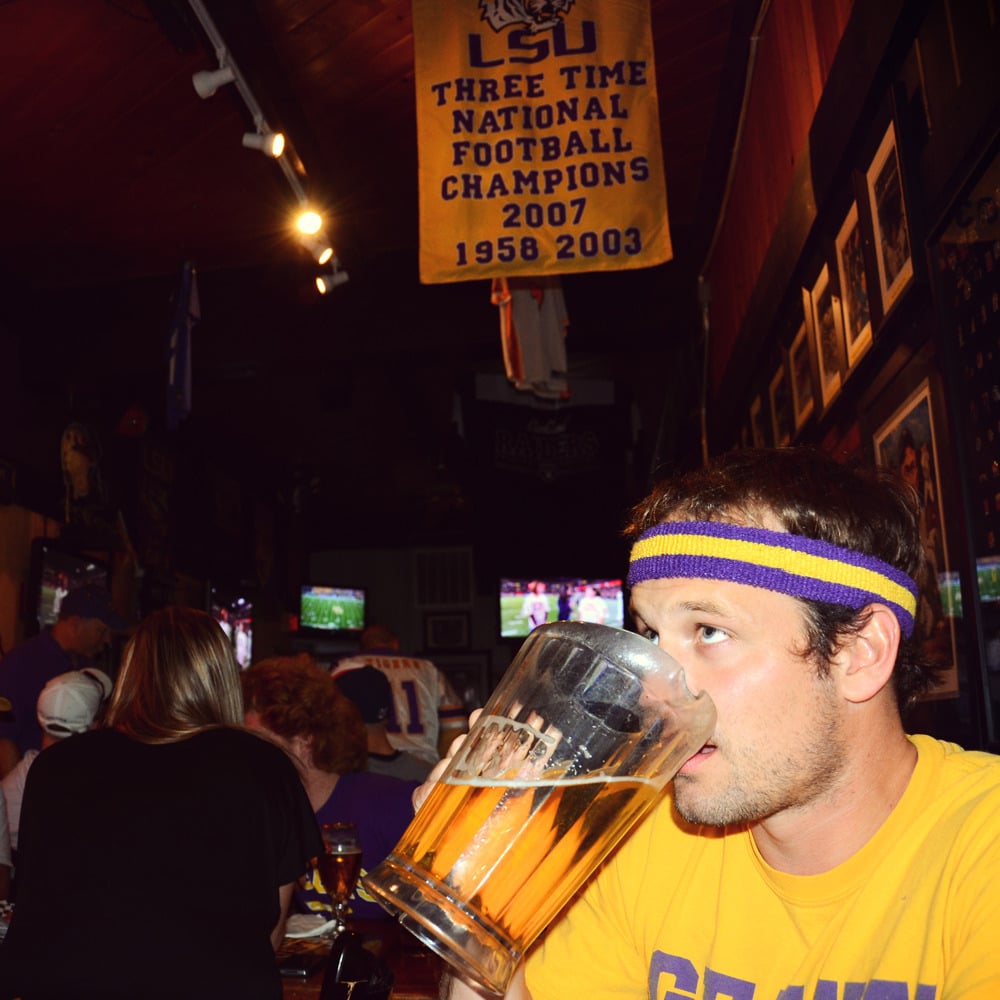 In a swampy corner of rural France, the quaint town of Red Stick is home to one of the nation’s finest universities – L’Universite Louis Etat. Red Stickians and the university’s students are a friendly and spirited people united by their culinary traditions and a unique style of dress based around cut-off denim shorts called “Daisy Ducs.” (Wikipedia pegs the origin to a renowned French New Wave film shot in the area, Des Ducs De Hazzard, that featured a character, “Daisy Duc,” who wore her shorts in this style.) Normally a tranquil hamlet of higher learning, each year, when the winds blow colder and the leaves begin to change, Red Stick and the surrounding province morph into something completely different. For most of France, Fall is a time of quiet reflection and cheese. But in Red Stick, Fall means one thing and one thing only…Les Tigres.

You see, Les Tigres are the university’s football team and the pride of the entire province. Many chalets in the area are painted a brilliant purple and gold to show their support for the squad. Throughout the week, townspeople greet each other with a quick “Geaux Tigres” and a nod. It’s customary for an infant’s first word to be “Tigre” and a youngster’s ability to anticipate a fake field goal is highly regarded.

Led by their maniacal coach, “Le Chapelier Fou,” Les Tigres suffocate their opponents with a superior cunning and intensity unmatched by teams in their region. Stirred on by Les Tigres' speed and power (“…like a Bahamian sprinter cross-bred with a bear.” – Le Monde), the villagers spend their weeks preparing for game day on Saturday, when all businesses close and spousal abuse drops dramatically. Generations of Red Stickians gather around the team’s stadium hours before kick-off, cooking mixtures of rice and pig in large pots, drinking regional wine, and recounting great victories from the past.

One of these victories came in 2007, when Les Tigres faced a team led by a religious missionary-turned-zealot named Tim Teboux. Through impassioned speeches and photoshopped photos of his biceps, Teboux had cast a spell over the nation and many felt he had God on his side and could not be beat. But like most purveyors of snake oil, eventually the truth comes out; and on that night, Les Tigres revealed his fraud. Down for most of the game, Les Tigres converted five fourth-downs and defeated Teboux and his followers 28-24 with a touchdown in the final minute. Red Stickians rejoiced in the streets and the legend of Le Chapelier Fou grew ever more.

At SweetBands, we cherish afternoon drinking and provincial French collegiate athletics. Show your support for Les Tigres with The Geaux band.