Checkout
How did I get here? Home » Shop Bands » Sweatbands » The Drunk 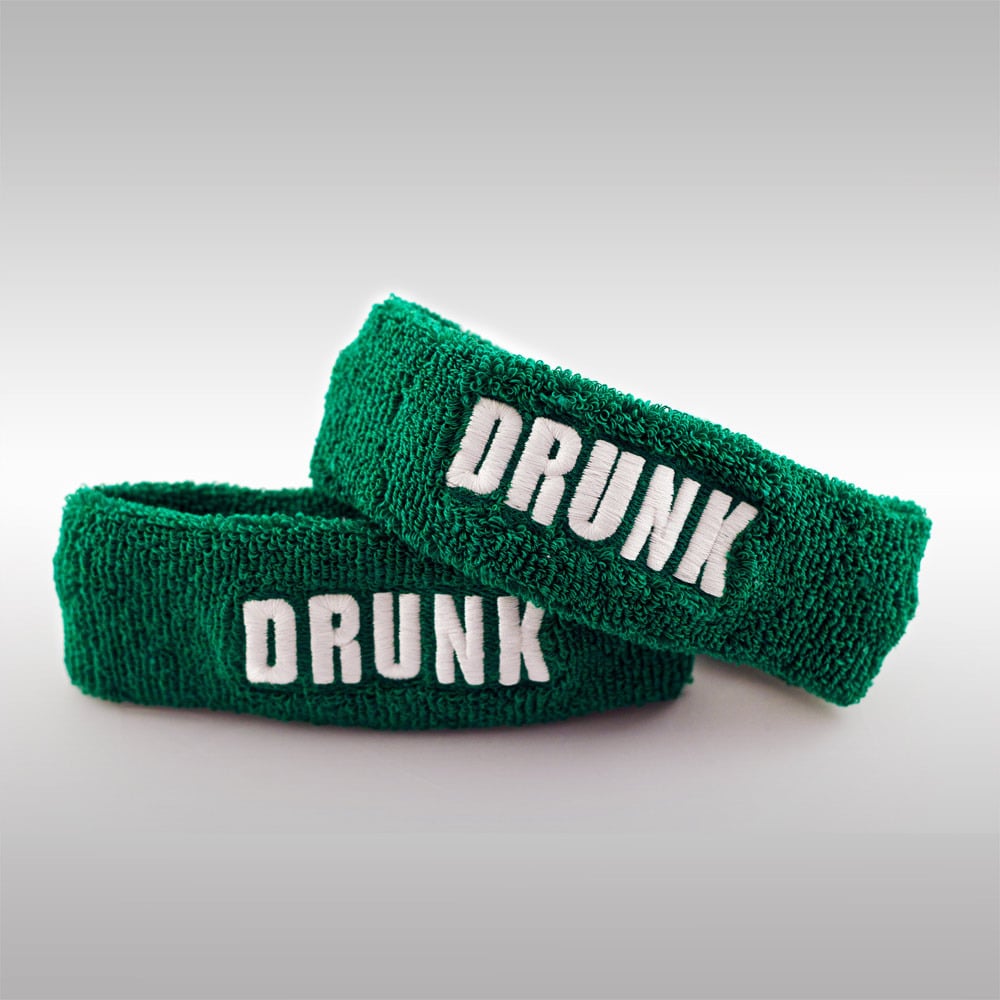 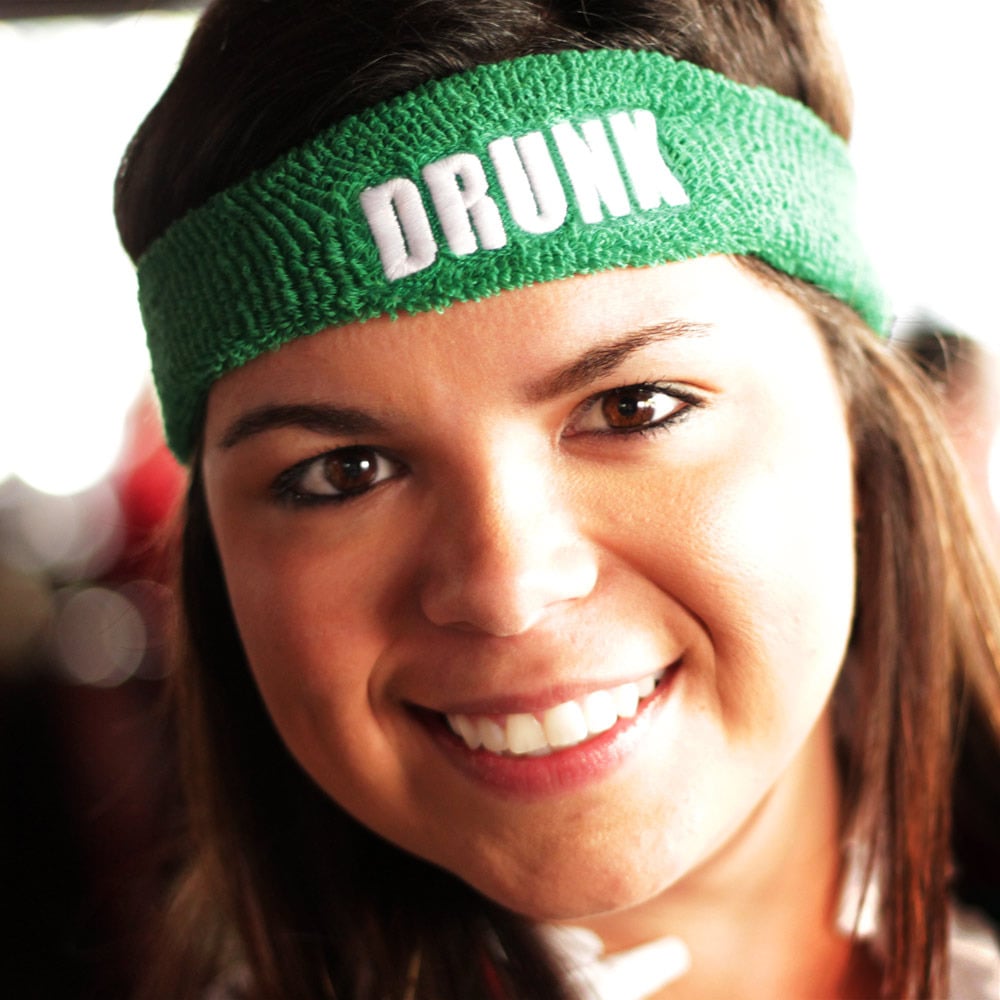 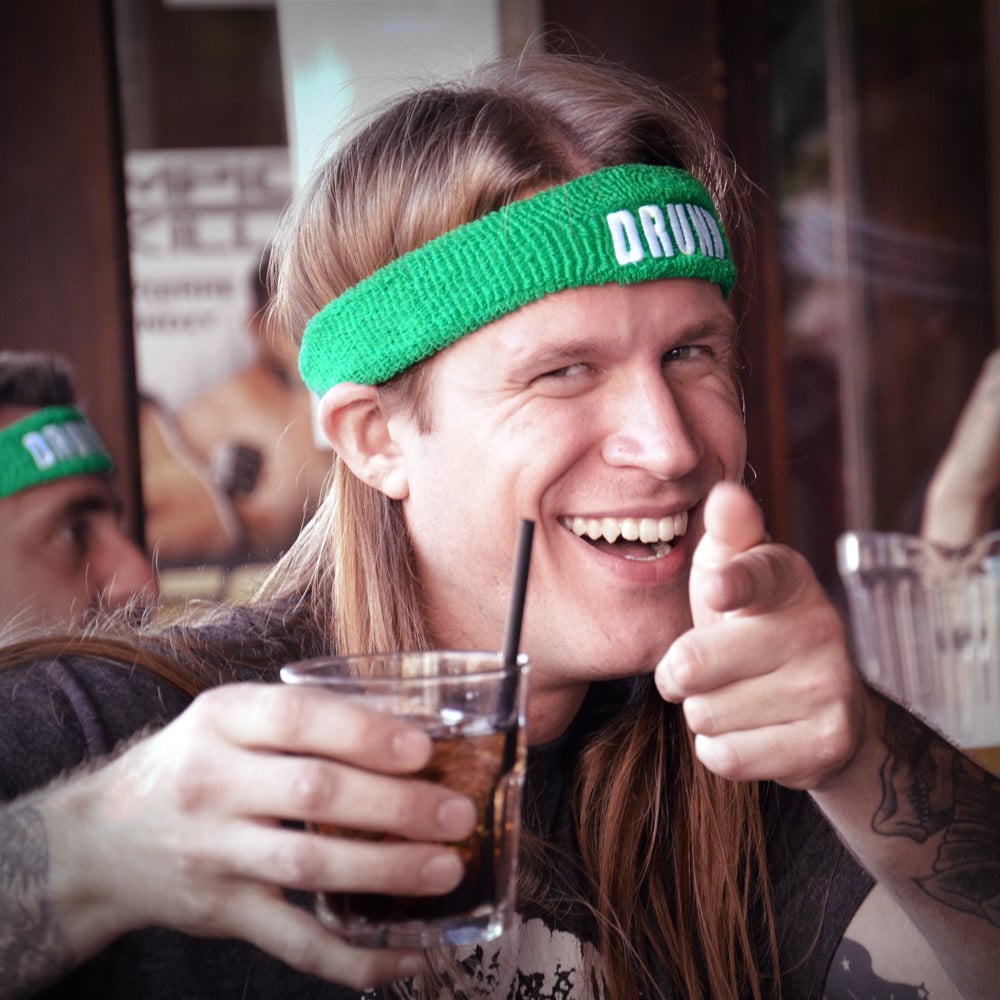 Unless you're one of those freaky religious types, there are two things that unite you with the rest of the 7 billion people on the planet - booze and sex. We speak different languages, we eat different food, we listen to different music, but chances are, if you're of a certain age, you've probably been drunk and you've probably had sex. Often times, these two global unifiers are mixed together. You could put two completely foreign people in a room (or more than two if you're into that kind of thing) with some booze and a mattress and there's a strong possibility they'll make Marvin Gaye proud.

At SweetBands we support these two great halwarts of humanity and encourage you to do the same with the Drunk Band. Why beat around the bush (unless you're into that)? Tell the world you've been drinking and it's time to party (horizontally or otherwise).

Heartbroken b/c your boyfriend is cheating on you w/ your sister? Cruise down to the local pub, slam a few tequila shots, throw this beautiful, green SweetBand on your noggin, and just see what happens. Tired of the constant midnight battles with your wife/parents/roommate? "You're drunk!" "No, I'm not." "Yes, you are." "No, I'm not." Save everyone the hassle by tossing on a Drunk band. “Yes I’m drunk...No, I don’t 'know' where I am right now...Yes, that is dog blood on my pants.” Argument over.

SweetBands in no way condones irresponsible drinking, inappropriate sexual activity, or dog fighting. But we also know that you won't be the first or the last to take part in these time-honored activities. Everyone makes mistakes. So, grab yourself a Drunk band and join the rest of the world. Come on! It's fun out here.